Waking up each morning to learn what new horror has been committed inside this country, most often by white young men filled with hate, and what the NRA hypocritically says about their prayers and condolences while all the while they make more money when fearful people buy more guns thinking that will save them, make them feel safe, has me in tears, has me wondering how it has come to this. Like you, I read for explanations. This article in the Daily Kos, The Gun God is Not Accustomed to Having its Sacrifices Questioned, seems to me to come very close to the sad truth. The author quotes Gary Wills writing for the New York Review of Books, as he tells us that as a metaphor for what is happening to our country, Wills had “used the Old Testament figure of the pagan god Moloch, whose worship is portrayed in the Bible as representing the depths of depravity to which humans could sink.”

Few crimes are more harshly forbidden in the Old Testament than sacrifice to the god Moloch (for which see Leviticus 18.21, 20.1-5). The sacrifice referred to was of living children consumed in the fires of offering to Moloch. Ever since then, worship of Moloch has been the sign of a deeply degraded culture. Ancient Romans justified the destruction of Carthage by noting that children were sacrificed to Moloch there.

To be expected, the losses from these mass shootings ripple and ripple out. The rise in the number of cases doctors in our country are handling for extreme anxiety and panic attacks not only in adults but in grade school and teenage kids as well tells the story. The wringing of our hands over whether there is anything that we can do to stop what is happening and alleviate what is now called “moral injury” tells more of the story.

My daughter, the mother of sons, is a professor helping undergraduates and graduate students alike achieve their academic goals, but she sets aside time each day to call her congressional representatives and join with others to make their voices heard against a shameful lack of responsible response from too many of our Senators and Congressmen and Congresswomen, who “hired” by the NRA through massive financial support for their campaigns, will not budge in their stance against gun control.

USisan friends, are you following the story of this week’s ICE raids in Mississippi? 680 people detained, and according to the reporting I heard on NPR, they were swept up & bound (hands tied) AND THEN taken somewhere to be processed, based on the suspicion that they were working without authorization to do so. Meanwhile, some of these people are parents, whose kids were at school or daycare and weren’t picked up at the end of the day or came home to an empty house.

In a sane and just society, the only entities being investigated/prosecuted here would be the employers exploiting these workers. Instead, we have terror and fear for the workers and their families.

It’s not enough to stand by and shake our heads at these atrocities. This is being done in our name. So I ask you: What are you doing about this?

(1) At the very least, we should all be speaking out & calling our elected representatives. Have you done that yet? If you need help getting started, please let me know.

(2) The next step is getting connected to advocacy organizations that can help you channel your outrage to action. Good ones in this connection are RAICES, Northwest Immigrant Rights Project, and MoveOn. [She was focused on immigration rights at the time. Here is a list of organizations that promote gun control policies.] Follow these orgs on social media and sign up for email and text alerts. Yes, it’s a little more noise in your inbox, but it will mean you’re in the know to take action.

(3) Show up — find out about protests and go to them if you are able. Big ones can make a difference through impacting the public discourse. Small ones can be useful both for education (what you learn from the speakers) and networking (the connections you make). If you haven’t already, learn what you need to do to get out & be comfortable outdoors for the duration. (Hat, sunscreen, water bottle, snacks, as the weather turns warmer…)

(4) Speak up: Let your friends know what you are doing, in person and on social media. This too gets easier with practice. (Believe it or not, I used to find it difficult to make political posts!) Each time we say out loud, where others can hear “this is not normal; this is not okay” we resist the normalization and apathy that makes it easier for these atrocities to continue.

(5) Take heart: This is not going to turn around quickly, but if enough of us engage, we can do it. And if we don’t, if we just think quietly, “Well that’s a pity”, it will only get worse.

Remember children in cages? Infants separated from mothers, mothers told to drink out of toilet bowls? With Trump’s election and rhetoric, we began to experience a tsunami of cold, angry hearts disrespecting and destroying others’ lives. The comparison to Nazi Germany was and is surely on my tongue. I’ve seen enough films and documentaries and read enough books to know that the flood of abuse of others does not remain a  trickle, but becomes a sustained river, and larger and larger evil ensues. 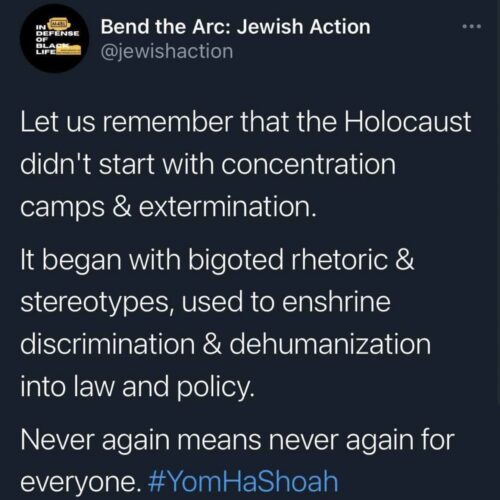 In what kind of a country do elected civic leaders in our hallowed Congress let what is happening slide? Not the kind I came of age in. We are certainly in dangerous rapids now. And if we feel we can’t do anything, we are at the mercy of the NRA whose members sell assault rifles so their customers will use them against the rest of us and the rest of us will think then to buy guns out of our own feelings of powerlessness. Money makes the world go round. How do we stop the merry-go-round?

What finally broke your heart? What came closest to home to make you realize we all have a part not only in acting to make this horror stop but in allowing in the grieving that it has caused?

Here is an exercise I posted those few years ago from my book, Sorrow’s Words: Writing Exercises to Heal Grief, in the hopes that writing from our personal feelings when such cruelty abounds in front of our eyes will help us keep on making our calls and protesting until we reverse this insanity. I hope this latest outrage in Texas will be the lever that creates meaningful change. But grief is overwhelming no matter the hope we  may keep for better times. 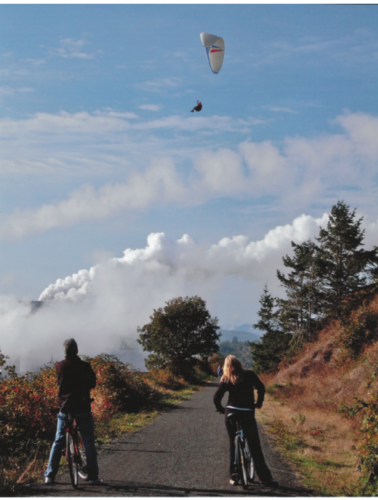 Along the Trail by Sheila Lauder

“If he could be alive again, taste huckleberries on this trail, and stand together with a kind friend, what might he want?”  –Kim Stafford, 100 Tricks Every Boy Can Do: How My Brother Disappeared

Although as viewers we can’t see the faces of the two cyclists, as writers we can imagine their expressions, what they might be thinking as they look at the sky and what their words are if they are talking to one another. Perhaps you imagine one of them as yourself and the other as someone who also grieves; or, perhaps you can imagine the recently deceased being somewhere in the scene, as cyclist or parasailor, as smoke or as path, for instance. Or perhaps you are the smoke or the path.

Alternatively, you can imagine the figures in the photograph as parts of yourself in this time of adapting to loss. What story might each be remembering while looking at the spectacle in the sky?

Your emotions and associations will infuse your words as you concentrate on the details in the stories each tells from the trail. In the details, you will discover that those who are gone have a voice inside you with lessons and messages to relay. In your writing, let a victim or the parents of a victim speak as he or she parasails before you.

May your writing help; may your persistent phone calls and support to agencies acting for sensible gun control change what is happening.